Bringing a Life Into a Dying World – Rob Seimetz 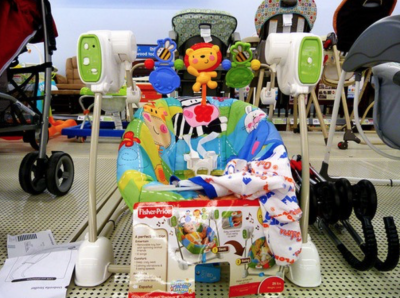 Rob Seimetz brings his signature heart and piercing social commentary to this most intimate of human events.

In February 2019, I will become a Father. One thing I am learning about the capitalist marketing of parenthood is the endless list of items one “needs” for their infant. Cribs, changing pads, clothes, boopies, bottles, bassinets, rockers, car seats, lotions, oils, and then what do you need when your little one soils his or herself?

Then there’s classes to take to prepare for your upcoming project of parenthood like birthing and new born classes. Don’t get me wrong these things are supposed to make a parent’s life easier and knowing what is happening inside your partner’s body and how to take care of the infant once it hits the outside world is vital, but it all becomes overwhelming and some of items marketed for infants taps into our excessive culture of consumption for temporary fulfillment and usage.

It’s as if becoming a parent is being marketed as going to war. And in a capitalist economy war is a racket, this war on newfound parenthood is a racket on your bank account, and the capitalists wouldn’t have any other way. One would think the human species would have never reached 7.6 billion people and counting without various forms of plastic equipment to guide your children through infancy.

Figuring out how a diaper genie works is not what keeps my mind racing and thoughts popping into my head late into the evening. Wishing that I could rub the diaper genie to have an actual genie appear before me to grant me three wishes is what I think about.

I think about how I would use these wishes to bring my son into a living world instead of a dying one, equality would topple oppression, and our community wouldn’t be centered around jobs or sports teams.

Son, you are coming into a world in which in the beginning of 2017 it was estimated 360 species a daywere going extinct. Wildlife populations have fallen 60% since 1970. The last time oceans were this acidic, 96% of marine life went extinct. Carbon emissions in 2018 will reach a new record high of 37.1 billion tons. You are entering a world in which you and all of us among the living are literally getting gassed to death.

(To read the full article…)