The End of the Oceans: The world’s oceans and all marine life are on the brink of total collapse. 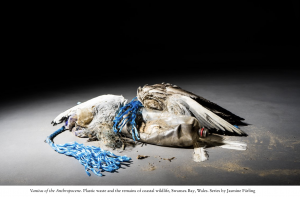 In June this year, scientists from the University of Tasmania and the University of Technology Sydney published research showing that over the past decade the biomass of large fish in Australian waters has declined by more than a third. The results may have jarred with government claims of Australian fisheries being among the most sustainable in the world, but they closely matched official figures showing a 32 per cent decline in Australian fishery catches in the same period. The declines were sharpest in species targeted for fishing and areas in which fishing is permitted, but even populations of species not exploited by fishing declined across the same period.