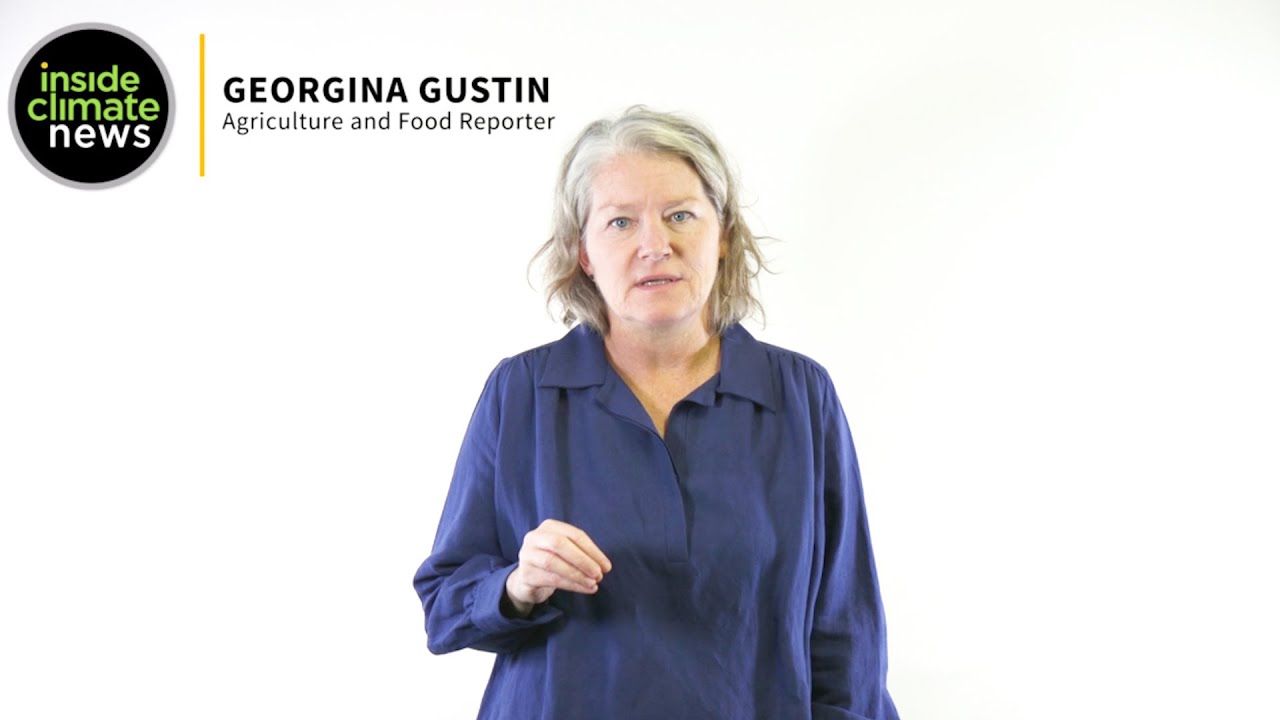 This is the finest bit of journalism I’ve encountered, that examines just how US, Big AG, Big Finance, Fossil Fuel Companies, the US Farm Bureau, and innumerable farmers, big and small, have joined together for years to deny climate change, promote damaging and unsustainable farming practices, cover our agriculture with toxics, subsidize utterly destructive practices. This article connects the dots and shows us just how desperately unprepared our agricultural producers are for climate change caused weather extremes.

The first in a series on agriculture, climate change and the American Farm Bureau’s influence.

Donald J. Trump’s inaugural crowd may not have been the biggest ever, but his parade drew lots of tractors that rumbled past the presidential reviewing stand in a farm lobby phalanx.

Zippy Duvall, president of the American Farm Bureau Federation, wearing the trademark red Trump campaign cap, drove one of them down Pennsylvania Avenue, just across the mall from his organization’s headquarters.

“The farmers and ranchers and the people in the Rust Belt came out and paved the road for President-elect Trump to make it to the White House,” he told a reporter from RFD-TV, the network that organized the cavalcade. “We are here reinforcing that strength that we showed in rural America when we went to the polls and helped send him here.”

Harvesting Peril: Extreme weather and climate change on the American farm. An ICN series.
The Farm Bureau is among the most potent political forces in Washington, skillfully parlaying the American farmer into an enduring influence machine. Its agenda encompasses taxes and trade, health insurance and school lunches. The group’s lobbying also touches many environmental issues: water pollution, fracking, biofuels and biodiversity. Conservative to the core, it mirrors the Trump administration’s ideology almost perfectly.

Nowhere do their agendas align more completely—and with more profound consequences—than on the challenge of climate change.

Both oppose any binding international, federal or local action that would regulate the emissions of greenhouse gases, or impose a market price or tax on them. Both refuse to embrace the core tenets of climate science.

And on those points, the Farm Bureau rarely compromises.

“They’re like the NRA,” said Andrew Holland, who worked for former Republican Sen. Chuck Hagel of Nebraska. Like the gun lobby, the Farm Bureau derives its clout from member activism. “They get their members ginned up about something and then they call the Hill.”

(To read the entire article in ICN) 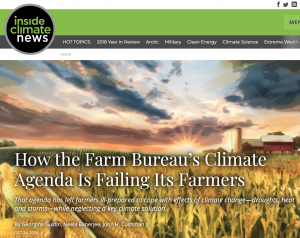