Wetiko Inside and Outside: A Remarkable Teaching Moment 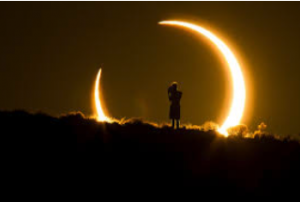 Wetiko Inside and Outside: A Remarkable Teaching Moment

This thing of darkness, I acknowledge mine.

In this time of extinction—whatever that means and whenever it may occur, we owe a huge debt to Paul Levy for giving us Dispelling Wetiko. In that extraordinary book, Levy writes that wetiko isn’t just a Native American term for evil, it is, in fact, malignant egophrenia (M.E.), or as Levy cleverly names it, the “ME disease.”

I challenge anyone reading these words to state that they are ME-disease-free. No one raised in an industrial growth society is free of malignant egophrenia. Now let’s be clear. Everyone needs an ego. To those who tout the New Age nausea of being “free of my ego,” I would only ask: Who’s got the car keys, and how did you last find your way to the bathroom? Every human being needs an ego, and children should be supported in developing one, but at a certain juncture in our development, ego diminishment needs to begin and ego development stop so that our inner wisdom or what I call the Sacred Self, can surpass the limits and distortions of our ego development. A pivotal aspect of developing our inner wisdom is becoming aware of and creating a relationship with the shadow.

No, the shadow is not yet another aspect of New Age psychobabble. Drawing from millennia of wisdom traditions, as well as his own experience, Carl Jung inserted the term into modern psychology and in my opinion, literally changed everything by doing so. Quite simply, the shadow is any aspect of oneself that does not fit into one’s ego image of oneself, and ME disease is literally the shadow gone nuclear. Unless we know that we have a shadow and have employed specific tools to develop a relationship with it, it will run our lives. Need I also mention that as well as the personal shadow, nations, cultures, and communities have a collective shadow as well? And—none of us is immune. In fact, the shadow is now running the world—not Donald Trump, not Kim Jong Un, not the military industrial complex or the deep state.

Whether we like it or not, the ME disease, made even more virulent by the shadow, is not only running the world but threatens to run our individual lives. How not, since we cannot escape the toxicity of this culture? How easy it is to rant about wetiko—out there, and how difficult it is to encounter, explore, examine, struggle with, and heal the wetiko inside ourselves. To clarify, there is no permanent healing of wetiko or the personal or cultural shadow, but owning that it exists and committing to shadow work markedly diminishes its influence whereas ignoring or denying it guarantees that it will consume our lives, compel us to hurt other living beings, and drive us unconsciously to manufacture horrific messes that in most cases, other people will have to clean up.

When shadow behavior erupts or is exposed in the life of someone we highly regard, we have choices about how to respond. We can immediately engage in our own malignant egophrenia and point the finger, as if we have no shadow and are not capable of exactly the same thing. Or because we regard the person so highly, we can discount or minimize the seriousness of their behavior and ignore the shadow. Or, we can own our own shadow, and in so doing, recognize that we are capable of the same or worse behavior. Invariably, this causes us to feel compassion as well as perhaps experience a chilling shudder as we realize the capacity we all have to harm others and ourselves. None of the latter means that we turn a blind eye or continue relating to the person if that does not feel safe or comfortable. But most importantly, when we see the shadow writ large in our midst—whether it is being written by Donald Trump, climate science deniers, human traffickers, trophy hunters, or fossil fuel tycoons, we must stop, take many deep breaths, and humbly acknowledge the event(s) as a teaching moment. The most important question we can ask at that time is: What does this tell me about the personal and collective shadow? And most importantly, what does this tell me about my own shadow?

As we awaken to the horrors of industrial civilization, we must carefully examine the ways in which we have been colonized by it in a manner similar to the ways in which native peoples have been colonized by it. Derrick Jensen has written extensively about de-colonizing ourselves, and I have written a great deal about it as well because I have experienced that it is foolish to rail against industrial civilization if we are not committed to healing within ourselves the traumatic marks that it has left in the personal shadow of our psyches.

I do not these write words lightly with disregard of my own shadow. I have been deceived, and I have defended betrayers in the name of “having faith in humanity” or “wanting to believe the best about a person.” To anyone who has been harmed by my shadow denial, I sincerely apologize. What I choose to do in the present moment is dis-associate myself with the betrayer forever and go back into my spiritual cave to do more work on my own shadow. In fact, I would argue that that is where we should all be right now because whether extinction or anything else removes us from this planet next week, next month, next year, or five minutes from now, no question on Earth is more important than: Who do I want to be in the face of unprecedented global and personal cataclysm? As Paul Levy writes:

If ever there was a time when the turning inward of self-reflection was of critical importance, it is now, in our present catastrophic era…In the moment of self-reflection, the psychospiritual necessity for evolutionary growth overrules the biological compulsion of unreflective animal instinct…Self-reflection is a genuinely spiritual act, which is, essentially, the act of becoming conscious…The attitude of self-reflection returns us to the ground of our deepest being, connects us with our destiny, and it begins a cure for the pervasive psychological and spiritual blindness which reigns at the present hour. (193)