The Five Stages of Awareness

By: Dean Walker|Published on: Sep 15, 2018|Categories: Articles, Collapse Aware, Reconnect With Self| 0 comments 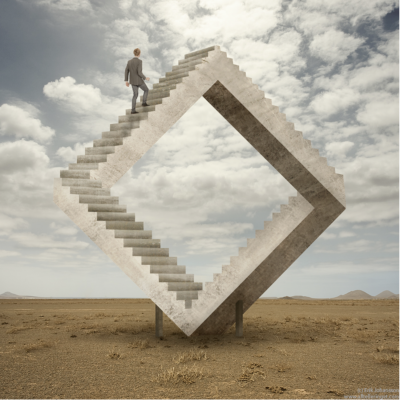 This piece is an excerpt from one chapter of my next book / workbook combination, due out Winter of 2018-2019…

I have added just a few brief comments to Paul Chefurka’s clear and useful model for utilizing systems-thinking as one faces our predicament-laden world…Dean Walker.

One of the most potent methods humans can use to discern and articulate their experience in the midst of an extremely disorienting, predicament-laden world, is how they choose to deploy their attention. This starts with, what scale is a person able to see or attend to? It extends into how much systems-awareness is this person able to generate? Blogger, Paul Chefurka, offers his model of how to map these distinctions.

You will find this article in both the book and the workbook.

As was mentioned in the last chapter, systems-thinking or an advanced awareness and articulation of our inter relatedness with all other life and Earth systems, is an essential element of any sincere effort to engage with humanity’s predicament-laden situation on Earth, in the 21st century.

The silver lining I see is that all the pressures coming from this process of correction can be useful goads toward personal self-development. “In all matters, strive to do the right thing.”

What does this mean to each of us?

What does mindful living in the midst of the whirlwind entail, what does it require of us in terms of personal growth, in the development of wisdom and self-awareness?

How might each of us resolve our alienation – from each other, from our societies, from nature, from our own place in the universe?

How may we find the re-connections that are essential if we are to emerge from this tumultuous, careless human adolescence into individual and collective adulthood?

These are deep questions for dark times.

Climbing the Ladder of Awareness

When it comes to our understanding of the unfolding global crisis, each of us seems to fit somewhere along a continuum of awareness that can be roughly divided into five stages:

1. Dead asleep. At this stage there seem to be no fundamental problems, just some shortcomings in human organization, behavior and morality that can be fixed with the proper attention to rule-making. People at this stage tend to live their lives happily, with occasional outbursts of annoyance around election times or the quarterly corporate earnings seasons.

2. Awareness of one fundamental problem. Whether it’s Climate Change, overpopulation, Peak Oil, chemical pollution, oceanic over-fishing, biodiversity loss, corporatism, economic instability or sociopolitical injustice, one problem seems to engage the attention completely. People at this stage tend to become ardent activists for their chosen cause. They tend to be very vocal about their personal issue, and blind to any others.

3. Awareness of many problems. As people let in more evidence from different domains, the awareness of complexity begins to grow. At this point a person worries about the prioritization of problems in terms of their immediacy and degree of impact. People at this stage may become reluctant to acknowledge new problems – for example, someone who is committed to fighting for social justice and against climate change may not recognize the problem of resource depletion. They may feel that the problem space is already complex enough, and the addition of any new concerns will only dilute the effort that needs to be focused on solving the “highest priority” problem.

4. Awareness of the interconnections between the many problems. The realization that a solution in one domain may worsen a problem in another marks the beginning of large-scale system-level thinking. It also marks the transition from thinking of the situation in terms of a set of problems to thinking of it in terms of a predicament. At this point the possibility that there may not be a solution begins to raise its head.

People who arrive at this stage tend to withdraw into tight circles of like-minded individuals in order to trade insights and deepen their understanding of what’s going on. These circles are necessarily small, both because personal dialogue is essential for this depth of exploration, and because there just aren’t very many people who have arrived at this level of understanding.

5. Awareness that the predicament encompasses all aspects of life. This includes everything we do, how we do it, our relationships with each other, as well as our treatment of the rest of the biosphere and the physical planet. With this realization, the floodgates open, and no problem is exempt from consideration or acceptance. The very concept of a “Solution” is seen through, and cast aside as a waste of effort.
For those who arrive at Stage 5 there is a real risk that depression will set in. After all, we’ve learned throughout our lives that our hope for tomorrow lies in our ability to solve problems today. When no amount of human cleverness appears able to solve our predicament the possibility of hope can vanish like the light of a candle flame, to be replaced by the suffocating darkness of despair.

How people cope with despair is of course deeply personal, but it seems to me there are two general routes people take to reconcile themselves with the situation. These are not mutually exclusive, and most of us will operate out of some mix of the two. I identify them here as general tendencies, because people seem to be drawn more to one or the other. I call them the outer path and the inner path.

If one is inclined to choose the outer path, concerns about adaptation and local resilience move into the foreground, as exemplified by the Transition Network and Permaculture Movement. (DW – This would include a number of activist organizations including Pachamama Alliance and their partnership with Paul Hawken and Project Drawdown)

To those on the outer path, community-building and local sustainability initiatives will have great appeal. Organized party politics seems to be less attractive to people at this stage, however. Perhaps politics is seen as part of the problem, or perhaps it’s just seen as a waste of effort when the real action will take place at the local level. (DW- And, the built-in constructs in modern politics that make any mention of global predicament impossible, to say nothing of sincere, efforts at actual mitigation.)

If one is disinclined to choose the outer path either because of temperament or circumstance, the inner path offers its own set of attractions.

Choosing the inner path involves re-framing the whole thing in terms of consciousness, self-awareness and/or some form of transcendent perception. For someone on this path it is seen as an attempt to manifest Gandhi’s message, “Become the change you wish to see in the world,” on the most profoundly personal level. This message is similarly expressed in the ancient Hermetic saying, “As above, so below.” Or in plain language, “In order to heal the world, first begin by healing yourself.”

However, the inner path does not imply a “retreat into religion”. Most of the people I’ve met who have chosen an inner path have as little use for traditional religion as their counterparts on the outer path have for traditional politics. Organized religion is usually seen as part of the predicament rather than a valid response to it. Those who have arrived at this point have no interest in hiding from or easing the painful truth, rather they wish to create a coherent personal context for it. Personal spirituality of one sort or another often works for this, but organized religion rarely does.

It’s worth mentioning that there is also the possibility of a serious personal difficulty at this point. If someone cannot choose an outer path for whatever reasons, and is also resistant to the idea of inner growth or spirituality as a response to the crisis of an entire planet, then they are truly in a bind. There are few other doorways out of this depth of despair. If one remains stuck here for an extended period of time, life can begin to seem awfully bleak, and violence against either the world or oneself may begin to seem like a reasonable option. Keep a watchful eye on your own progress, and if you encounter someone else who may be in this state, please offer them a supportive ear.

From my observations, each successive stage contains roughly a tenth of the number people as the one before it. So while perhaps 90% of humanity is in Stage 1, less than one person in ten thousand will be at Stage 5 (and none of them are likely to be politicians). The number of those who have chosen the inner path in Stage 5 also seems to be an order of magnitude smaller than the number who are on the outer path.

I happen to have chosen an inner path as my response to a Stage 5 awareness. It works well for me, but navigating this imminent (transition, shift, metamorphosis – call it what you will), will require all of us – no matter what our chosen paths – to cooperate on making wise decisions in difficult times.

Best wishes for a long, exciting and fulfilling journey.